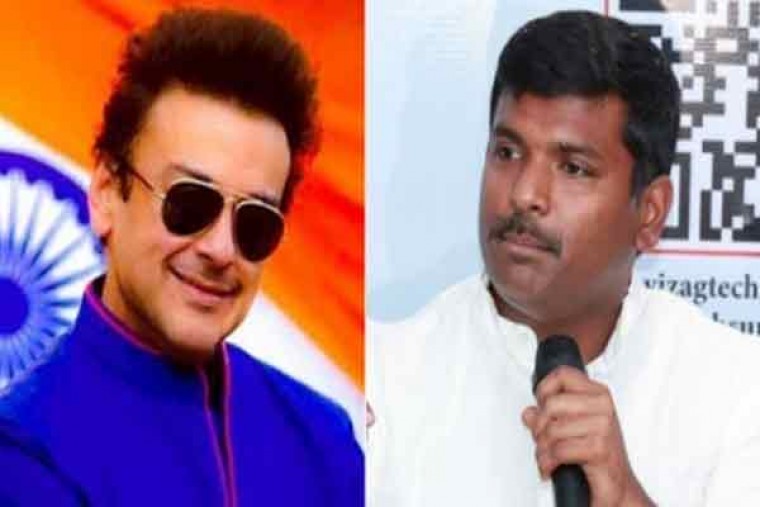 Industries, Infrastructure and Information Technology Minister Gudivada Amarnath told Adnan Sami that he is no one to pass judgment on their patriotism.

"We are proud of our language, our culture and our identity. And I proclaim again, WE ARE TELUGU.

@AdnanSamiLive, you are no one to pass judgement on our patriotism," tweeted the minister.

"My pride in being Telugu does not take away from my identity as an Indian," he added.

Adnan Sami, who became an Indian citizen in 2016, had found fault with the Chief Minister's congratulatory message. While congratulating the "RRR" team for winning the award for the "Naatu Naatu" song, Reddy tweeted: "The Telugu flag is flying high".

"Telugu flag? You mean INDIAN flag right? We are Indians first & so kindly stop separating yourself from the rest of the country. Especially internationally, we are one country! This 'separatist' attitude is highly unhealthy as we saw in 1947!!! Thank you Jai HIND," wrote Sami.

However, the singer received flak for his remark from many Twitter users who defended the Andhra Pradesh Chief Minister and reminded him that being proud Telugu does not make one less Indian.

"If only you cud read the underlying emotions of a telugite expressing his ethnic pride ,u wudn't hv com up with ur Nationalism platitudes . Being REGIONAL makes us no less INDIAN than any of our Northern counterparts nor it leads to fissiparous tendencies keep ur gyan to urself," wrote a netizen.

"With that logic, being Indian doesn't make you any less regional," argued Sami.

"But you have taken an innocent statement of regional pride out of context and are now forcing 600K fellow Indians to see your perspective through a separatist lens just because it was not aceworded politically correctly", wrote another ATwitter user.

"A Chief Minister of a great State has all the means, facilities & responsibility to word a statement as aPolitically Correct'!!aPeriod!!," responded the singer.