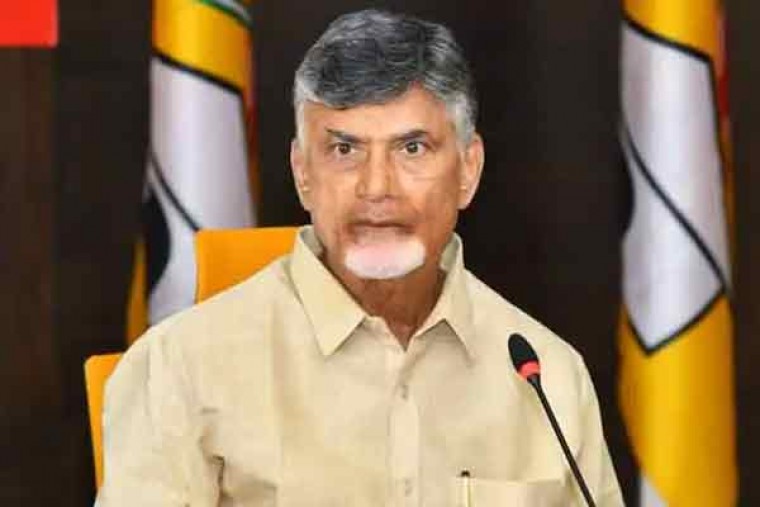 On the occasion of the TDP completing 40 years of forming the government, the former chief minister and TDP national president stated that revolutionary changes came in the lives of the Telugu people both economically and politically only after Rama Rao formed the TDP government.

He noted that the journey of the lives of the Telugu people is now being viewed as before and after the TDP formation.

He recalled that Rama Rao, who personally witnessed the ruthless political situation in the state and the untold hardships that the people were facing, floated the TDP only to ensure a poverty-free society.

It was on January 9, 1983 that NTR, as the legendary actor was popularly known, took oath as the chief minister of Andhra Pradesh. He created a record by coming to power within nine months after floating the TDP on the slogan of Telugu self-respect. This brought to an end the single party rule of Congress in the state.

"Exactly, this was the day 40 years ago the late NTR took oath as the chief minister to bring in radical changes in the lives of the poor," Naidu said.

The entire credit goes only to TDP for introducing revolutionary changes in society by bringing in welfare schemes like Rs 2-a-kg rice scheme, single Window system, doing away with the patel, patwari system, rights for women in property, pucca houses for the poor and old age pensions besides distribution of janatha clothes, Chandrababu recalled.

It is the TDP that established separate educational institutions for women like Padmavathi University and created reservations for women in education and employment, the TDP supremo observed.

The Backward Classes (BCs), who form 50 per cent of the population, could progress in politics only with the encouragement given by the TDP, Chandrababu Naidu said, adding that even a separate quota was extended to BCs in the administration and local bodies only by the TDP.

The quota for Scheduled Castes (SCs) and Scheduled Tribes (STs) was increased and a separate welfare corporation for minorities was created by the TDP to ensure that they progress well both economically and socially, the TDP supremo maintained.

Better education facilities were created for the downtrodden sections of society by setting up more engineering colleges, schools and other educational institutions and it is the TDP that brought in radical changes in the lifestyle of the BCs, SCs, STs and other sections, he stated.

"While NTR tried to uphold the dignity and self-respect among the Telugus, I tried my best to increase the self-confidence among them," said Naidu, the son-in-law of NTR.

Observing that he introduced several reforms after he took charge as the chief minister of the state, Chandrababu said that the administration was brought closer to the people.

Since the credit of introducing reforms in the information technology (IT), pharma sectors completely goes to the TDP following which the Telugus are now holding top positions in the world in both the sectors.

Naidu became chief minister in 1995 after leading a revolt against NTR a few months after the latter led TDP back to power with a record majority. NTR's children also supported Naidu as they were unhappy with the alleged attempts by his second wife Lakshmi Parvathi to take control of the party and the administration.

Naidu, who led TDP to power again in 1999, remained the chief minister till 2004. After bifurcation of Andhra Pradesh in 2014, he formed the first TDP government in the residuary state.