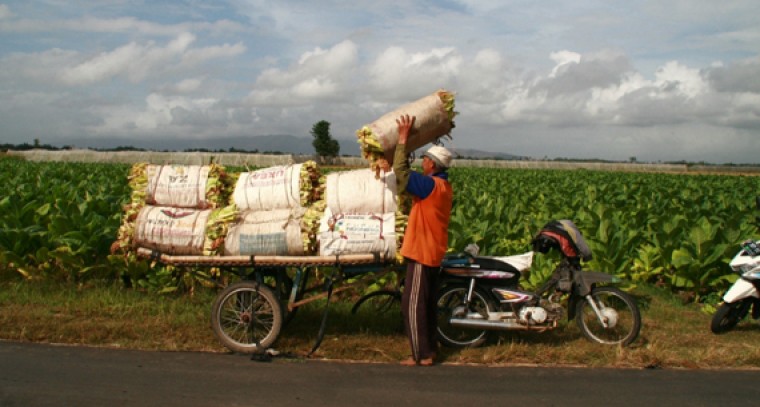 May 11 (IANS) Federation of All India Farmer Associations (FAIFA), a non-profit organization representing the cause of millions of farmers and farm workers of commercial crops across the States of Andhra Pradesh, Telangana, Karnataka, Gujarat on Monday appealed to the central government to save their livelihoods in the present pandemic as the demand for the crop has weakened due to declining volumes of cigarettes and other tobacco products as a result of prolonged lockdowns.

The body has demanded immediate resumption of auction for nearly 130 million kg of flue cured tobacco worth Rs 1,700 crore under prolonged storage and estimated loss of Rs 200 crore to farmers due to deterioration in quality.

More than 330 million kg worth Rs 2,700 crore of tobacco lying in the open sky in Gujarat as famers fail to sell the produce.

It has appealed to the government to immediately sanction a compensation amount of Rs 25,000 to each registered tobacco grower for their survival and re-schedulement of crop loan.

The body has cautioned that the failure to revive demand results in significant price drop in auctions and loss of farmer income, with devastating impact on livelihoods of small and marginal farmers in the drought prone and degraded tracts of Andhra Pradesh and Karnataka majorly depending on income from tobacco crop.

The Gujarat famers, whose tobacco produce is used in the making of bidi's and other tobacco products are also struggling for their livelihoods.

More than 330 million kgs of tobacco worth Rs 2700 crore is lying in the open fields as the traders are not ready to pick-up the produce because government has banned the sale of tobacco products. The rains are expected in coming days and if the government will not start the sale of tobacco products both traders and farmers will go bankrupt. In Gujarat, tobacco is produced in several districts such as Anand, Kheda, Vadodara, Panchmahal, Banaskantha, and Sabarkantha, FAIFA said.

The farmers have also appealed for reducing taxation on cigarettes to pre-GST levels so that demand can be restored for the domestic legal cigarette industry which is already reeling under penal taxation on account of continuous increases in excise duties and compensation cess.

Adding to the existing woes of tobacco farmers, the government has also removed tobacco export incentives, making India a less competitor in the global market, whereas other countries like Zimbabwe, Malawi are encouraging the tobacco farmers by providing incentives and subsidies.

Javare Gowda, President, Federation of All India Farmer Associations (FAIFA), said, "We request the government to immediately start the auctions in all the Tobacco Auction platforms. The Government should also direct the Tobacco Board and other concerned officials to coordinate with FCV Tobacco Manufacturers, exporters and traders to facilitate reasonable prices (Pre-Covid market prices) for FCV tobacco produce at the auctions in Andhra Pradesh and Karnataka."

"As FCV tobacco farmers' are undergoing severe financial crisis, we request the Government of India to immediately sanction a compensation amount of Rs 25,000 each to all registered FCV tobacco growers for their very survival."

"Failure to bail out the current duress for tobacco farmers will force many of them into debt trap which will virtually kill the ecosystem comprising of marginal farmers, workers, and people employed in handling and transportation activities while pushing the farmers to extreme measures", he further added.